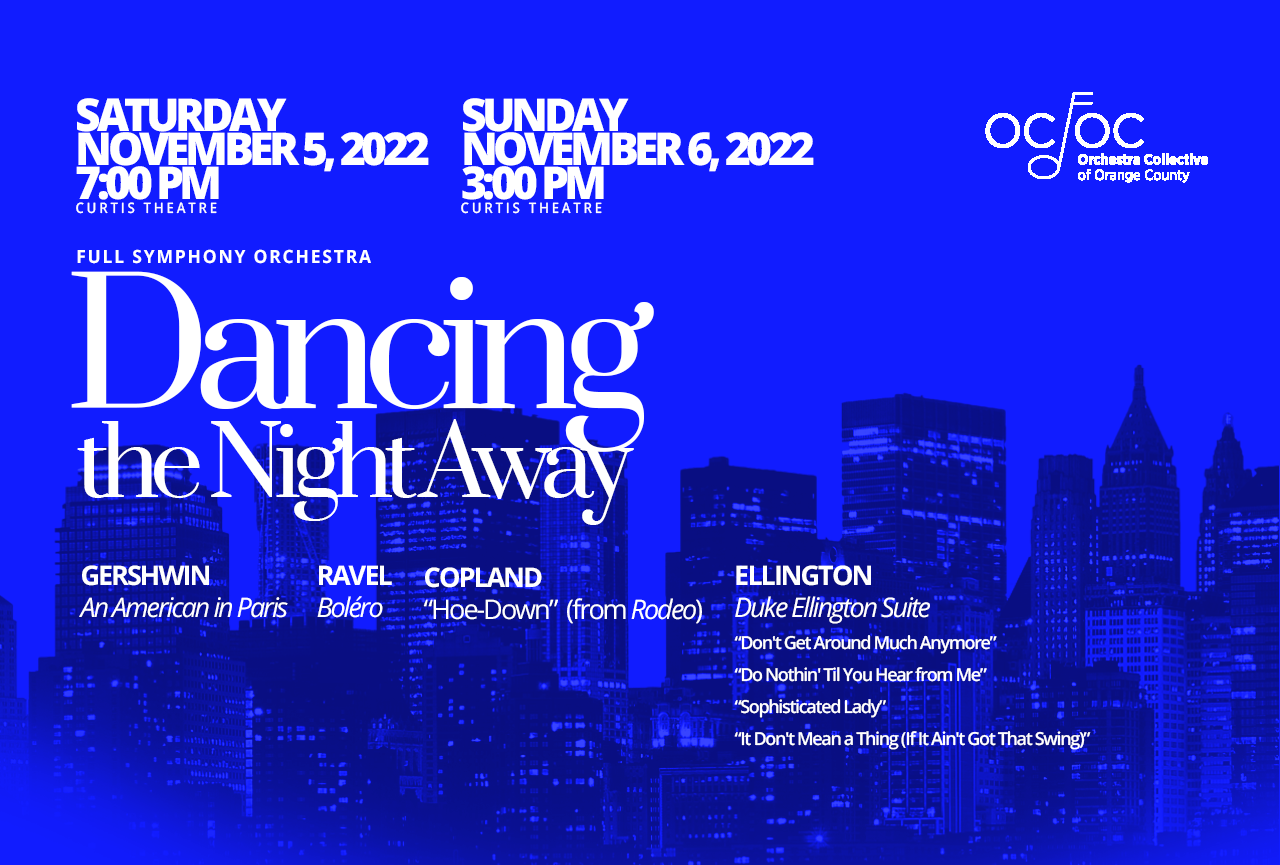 Dancing the Night Away

An American in Paris

Duke Ellington! A Medley for Orchestra 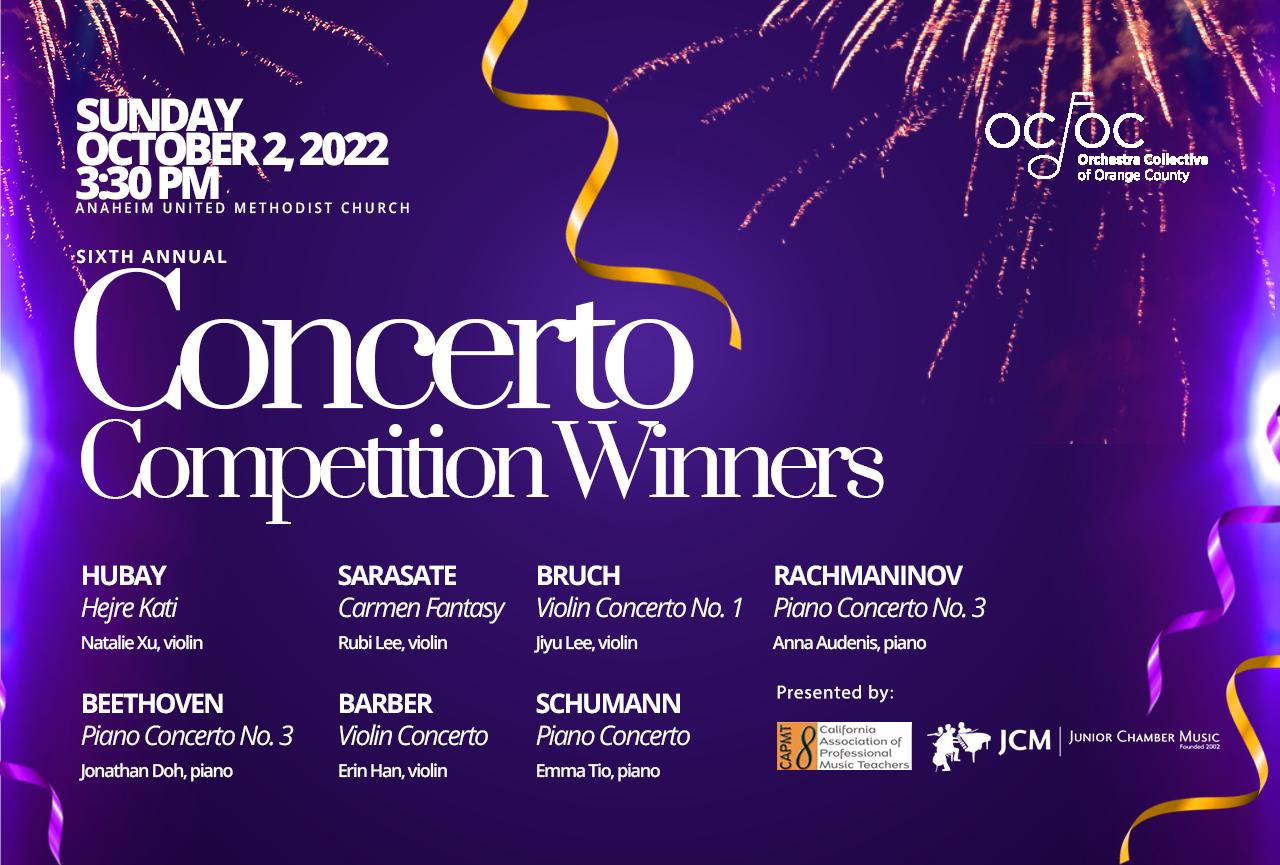 Violin Concerto No. 1 in G minor 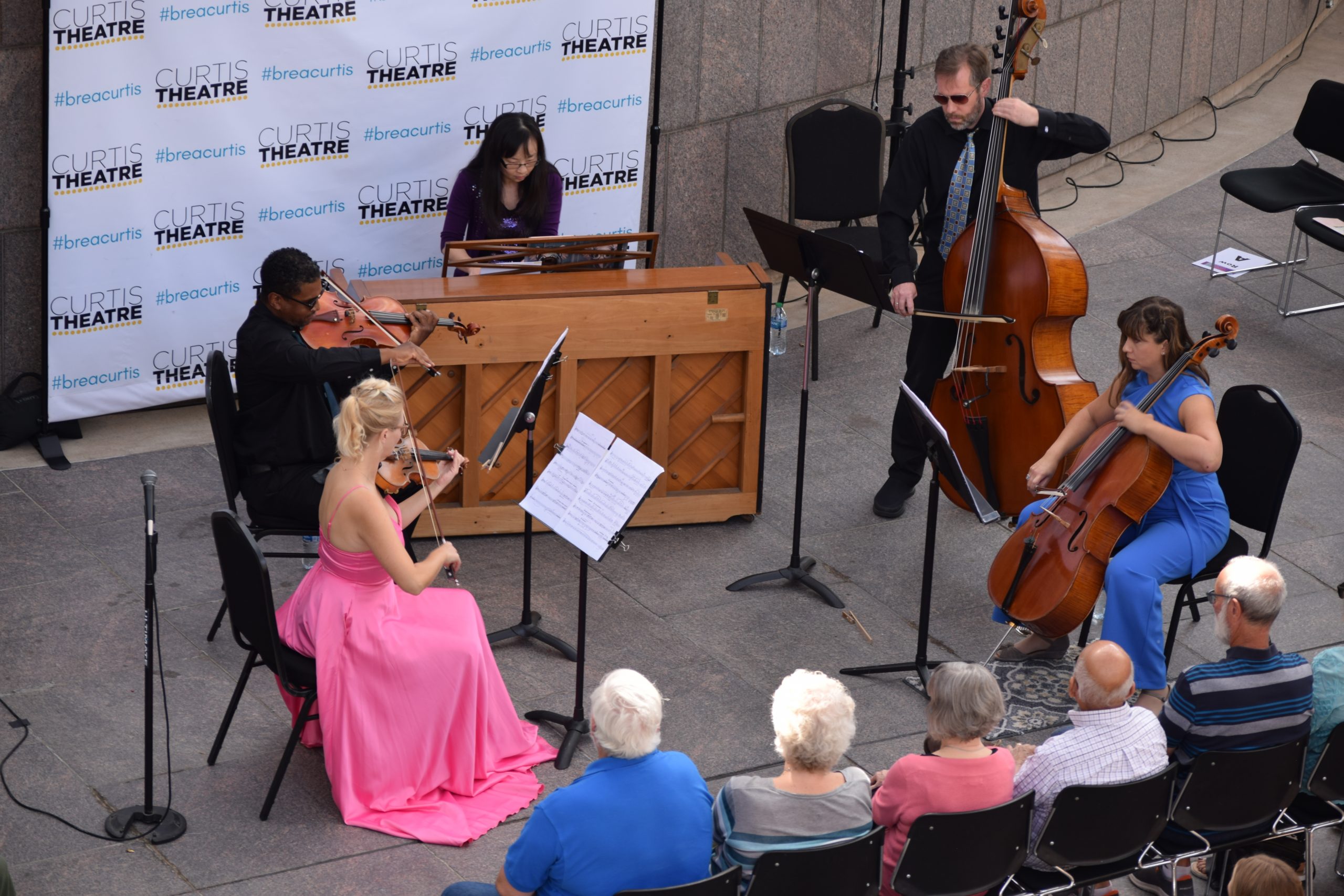 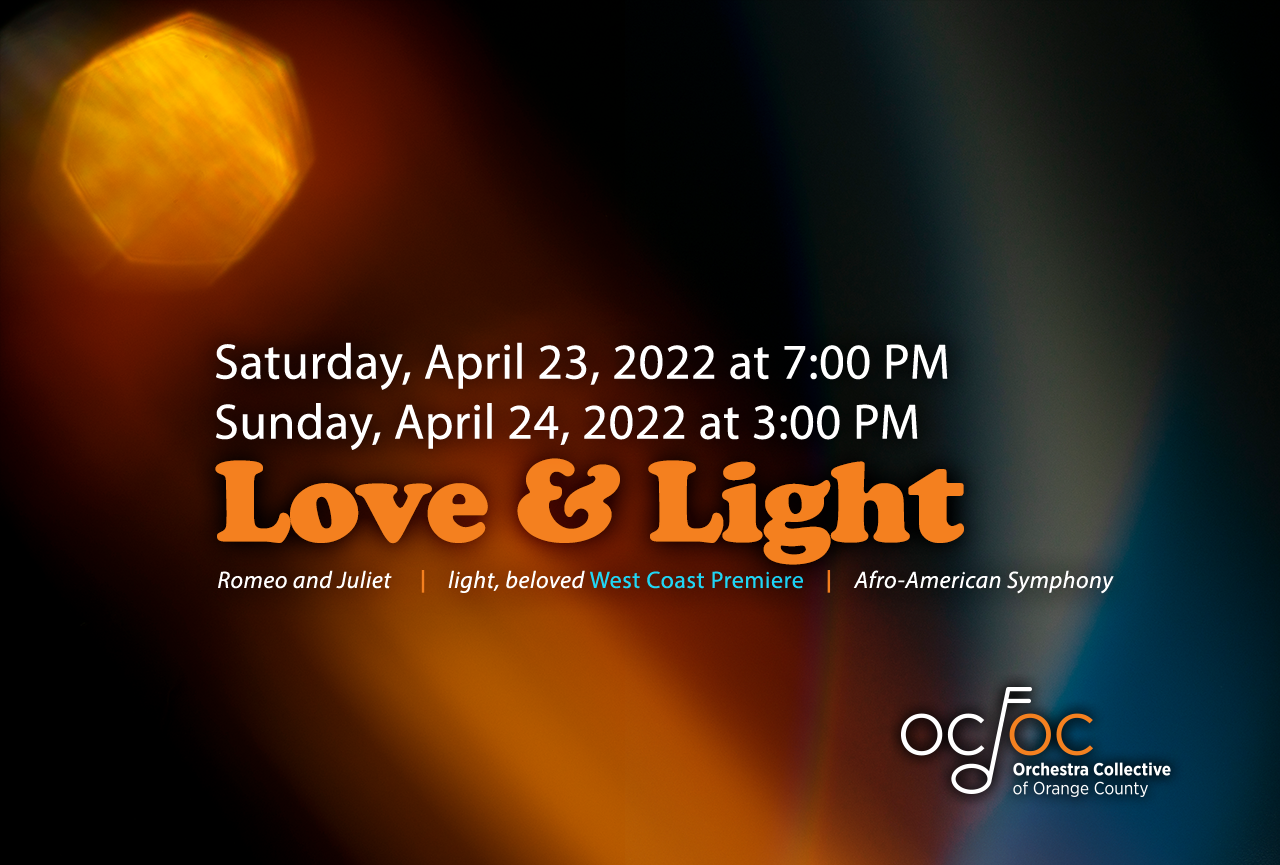 Symphony No. 1 in A-flat major, “Afro-American” 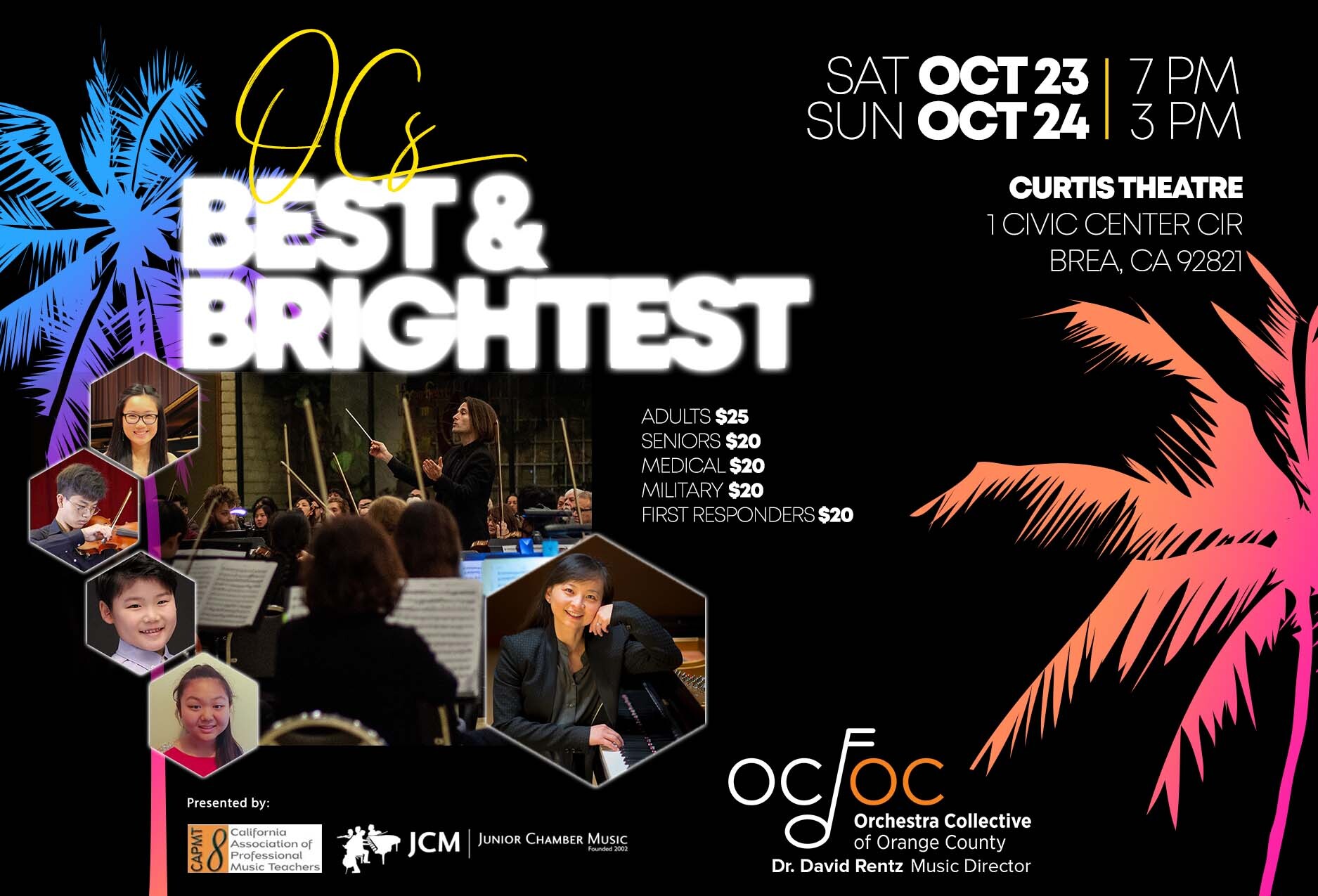 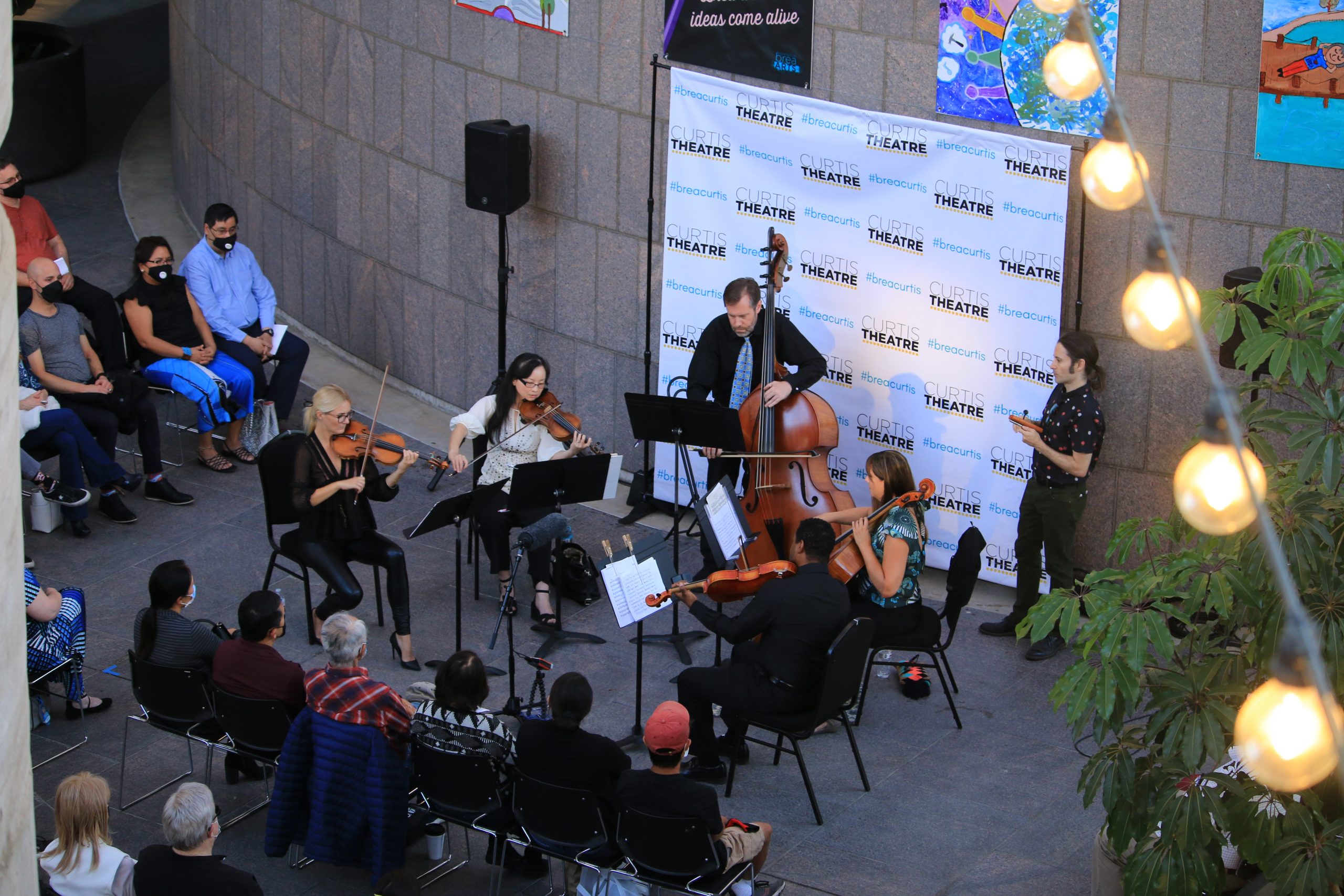 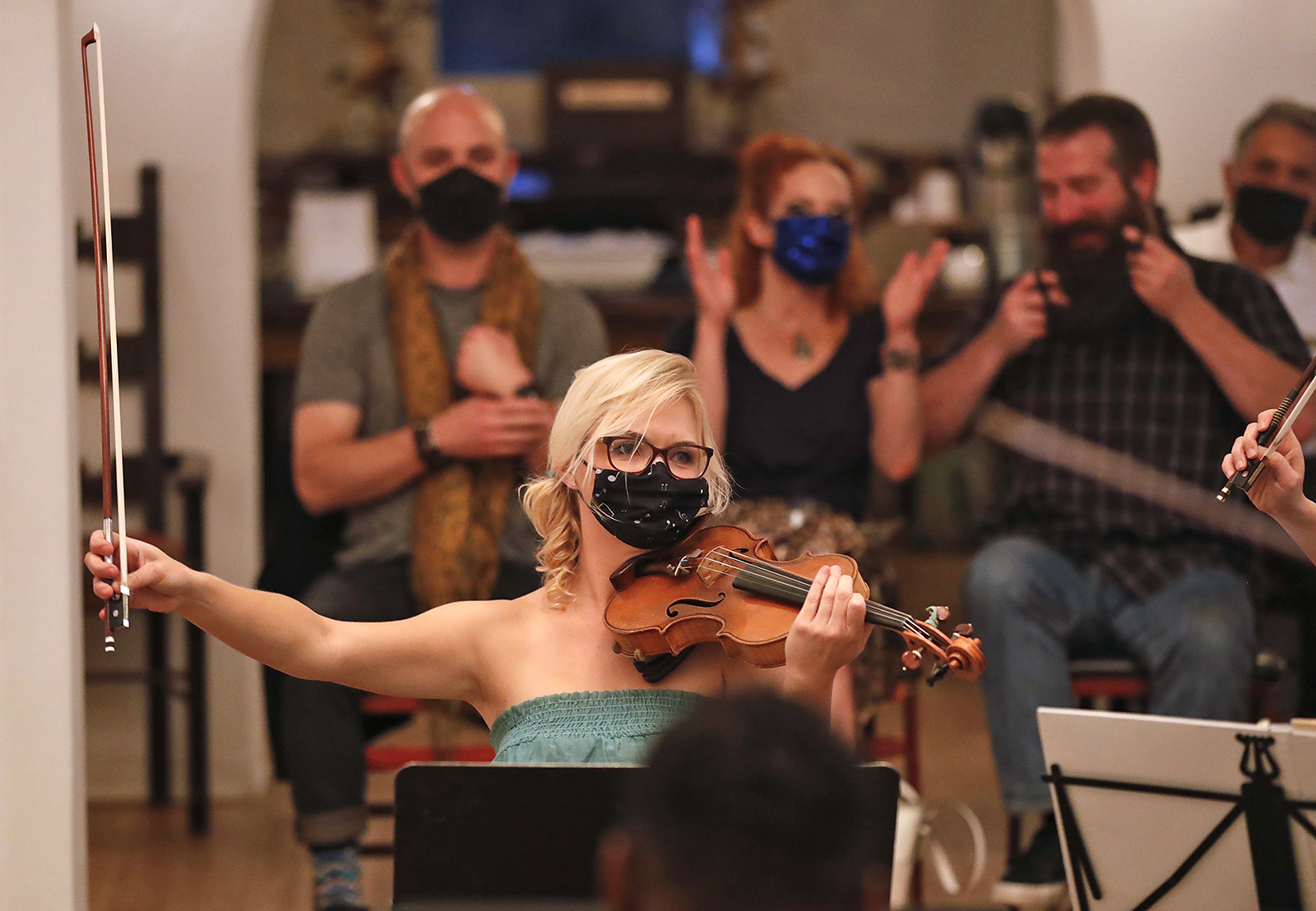 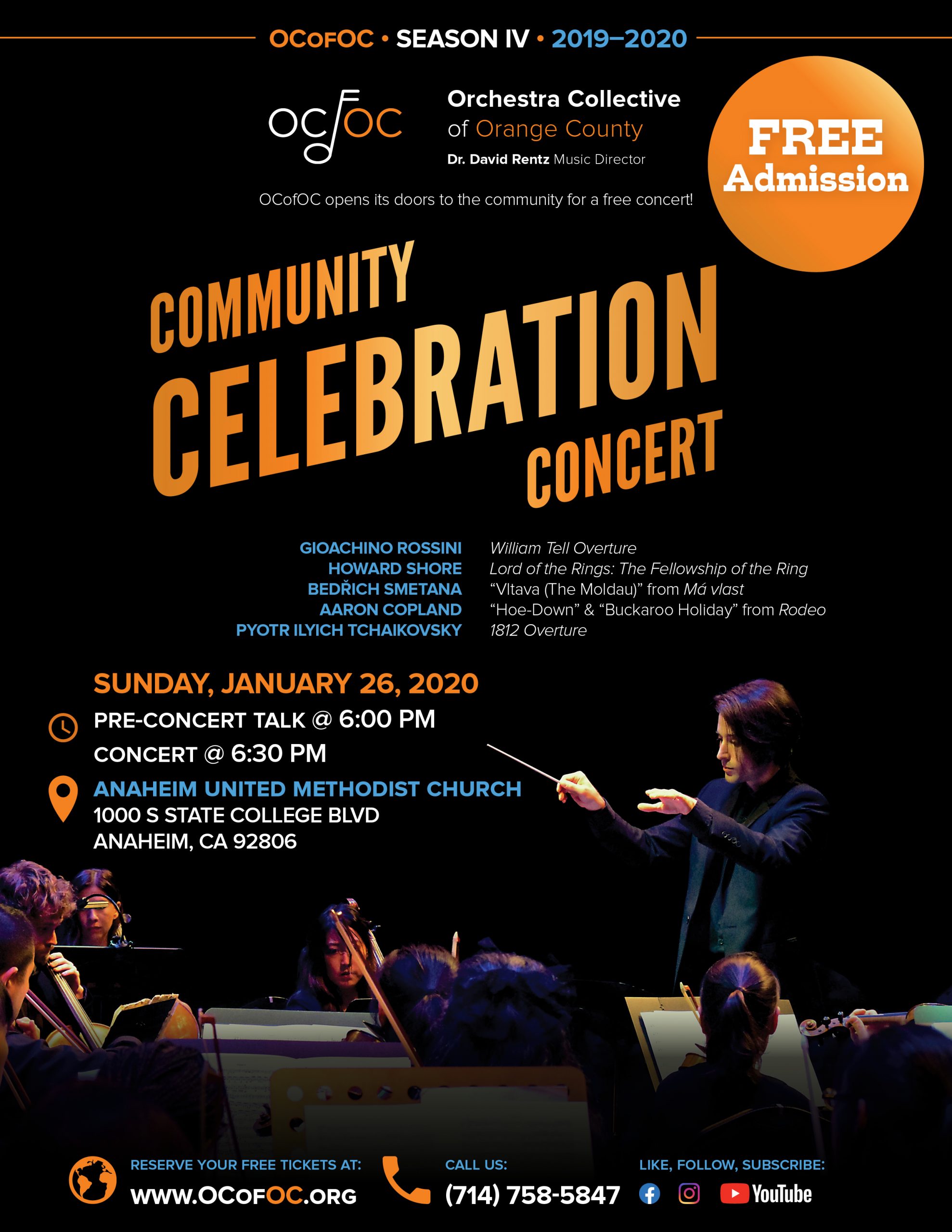 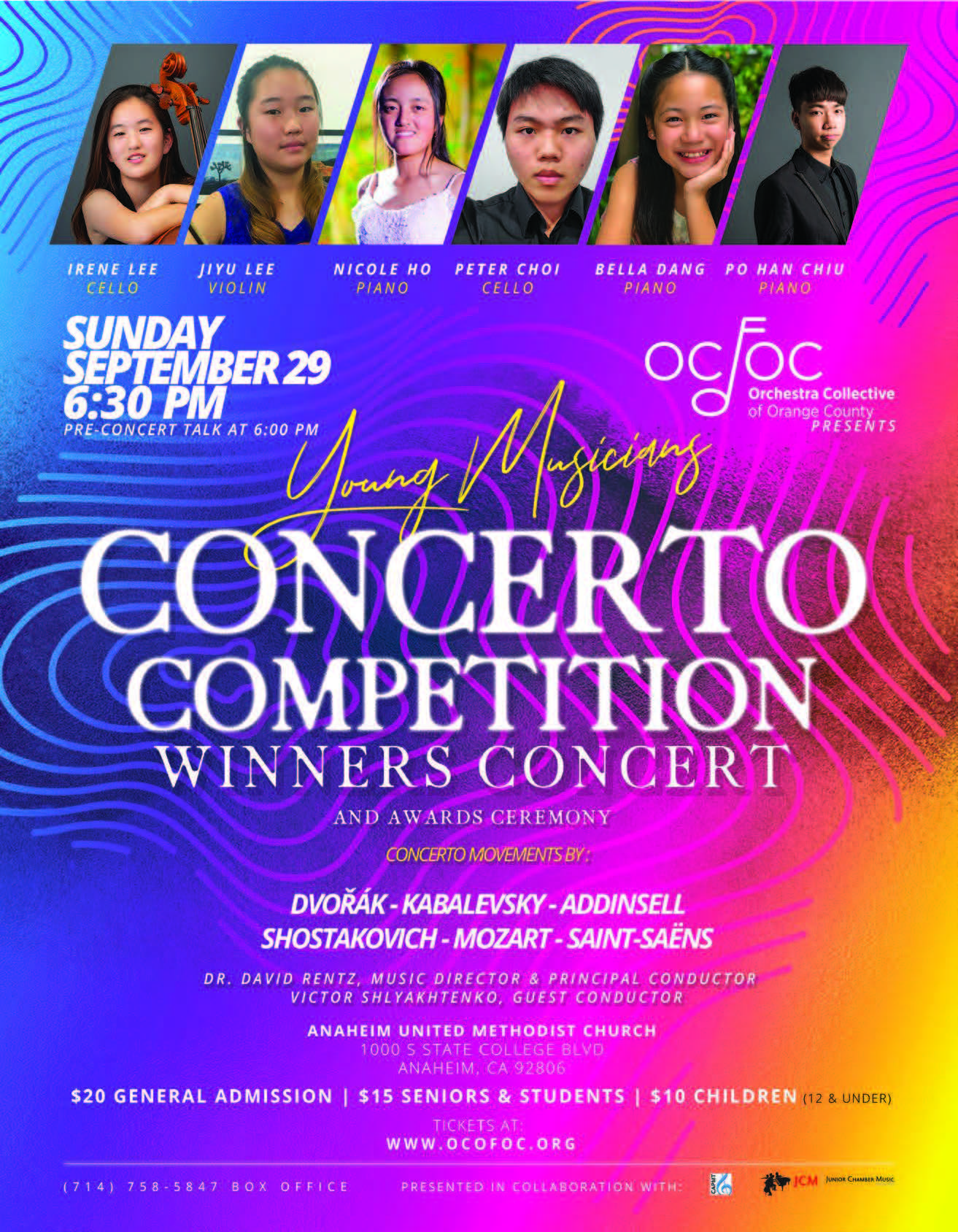 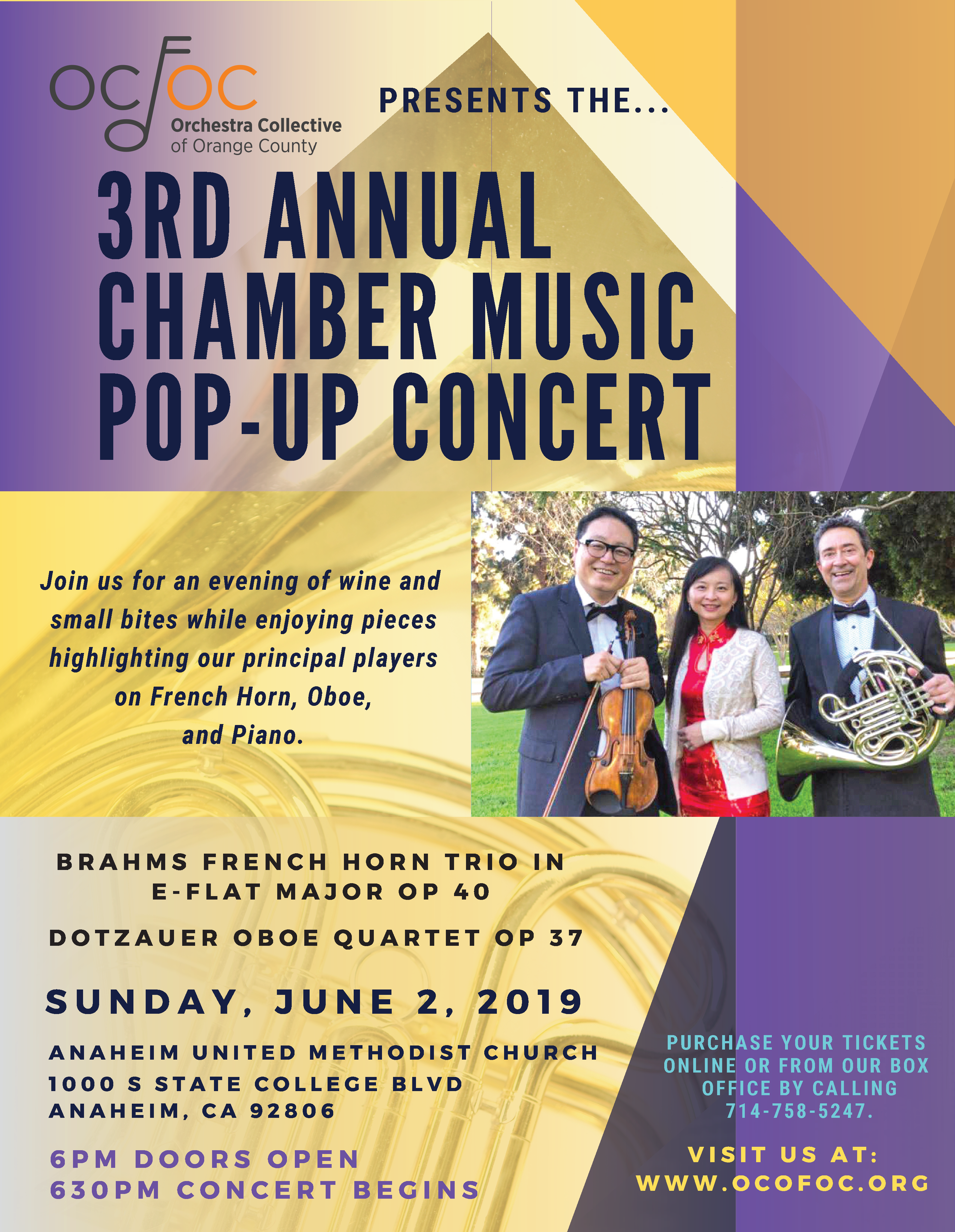 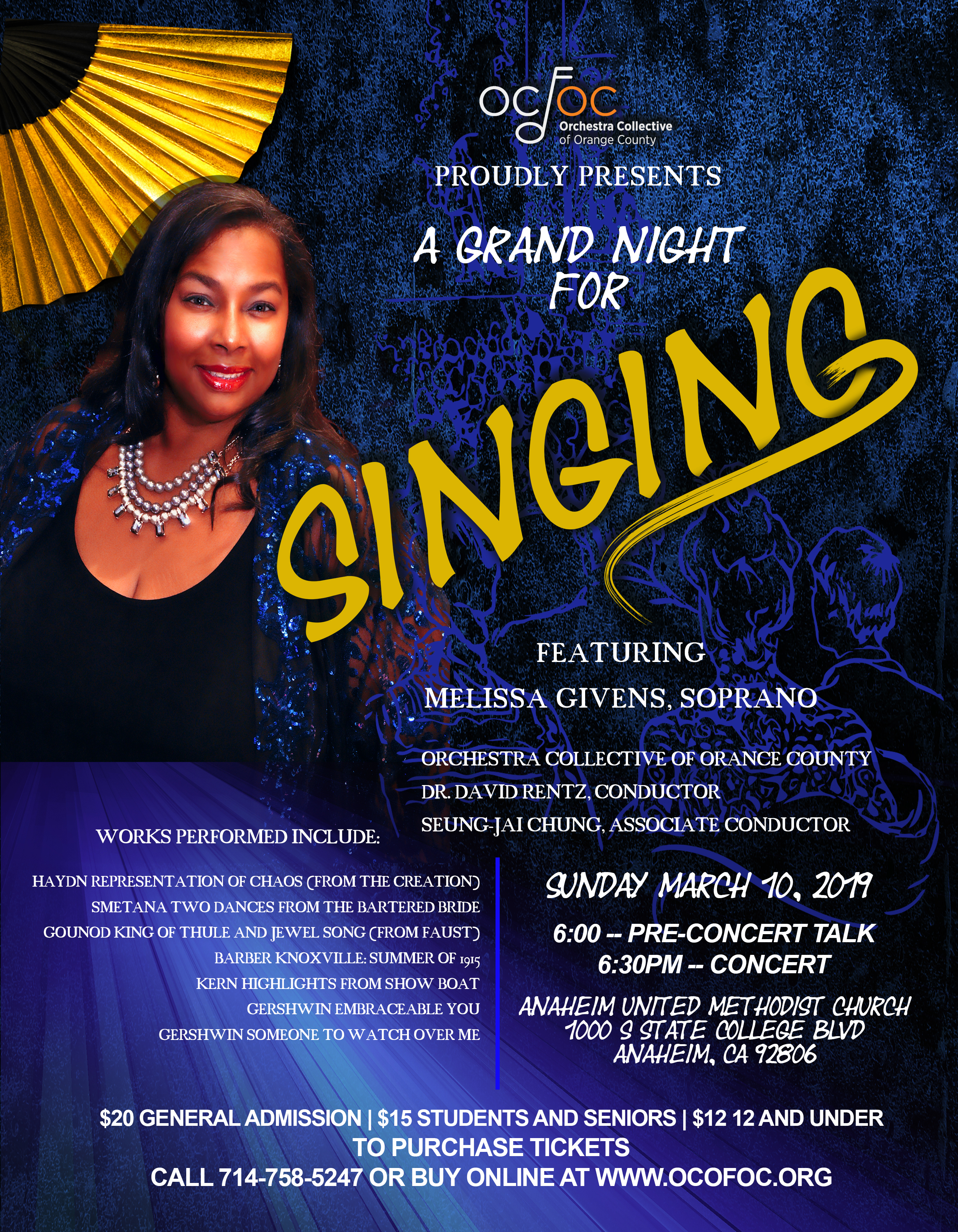 A Grand Night for Singing

“The Representation of Chaos”

“Someone to Watch Over Me” 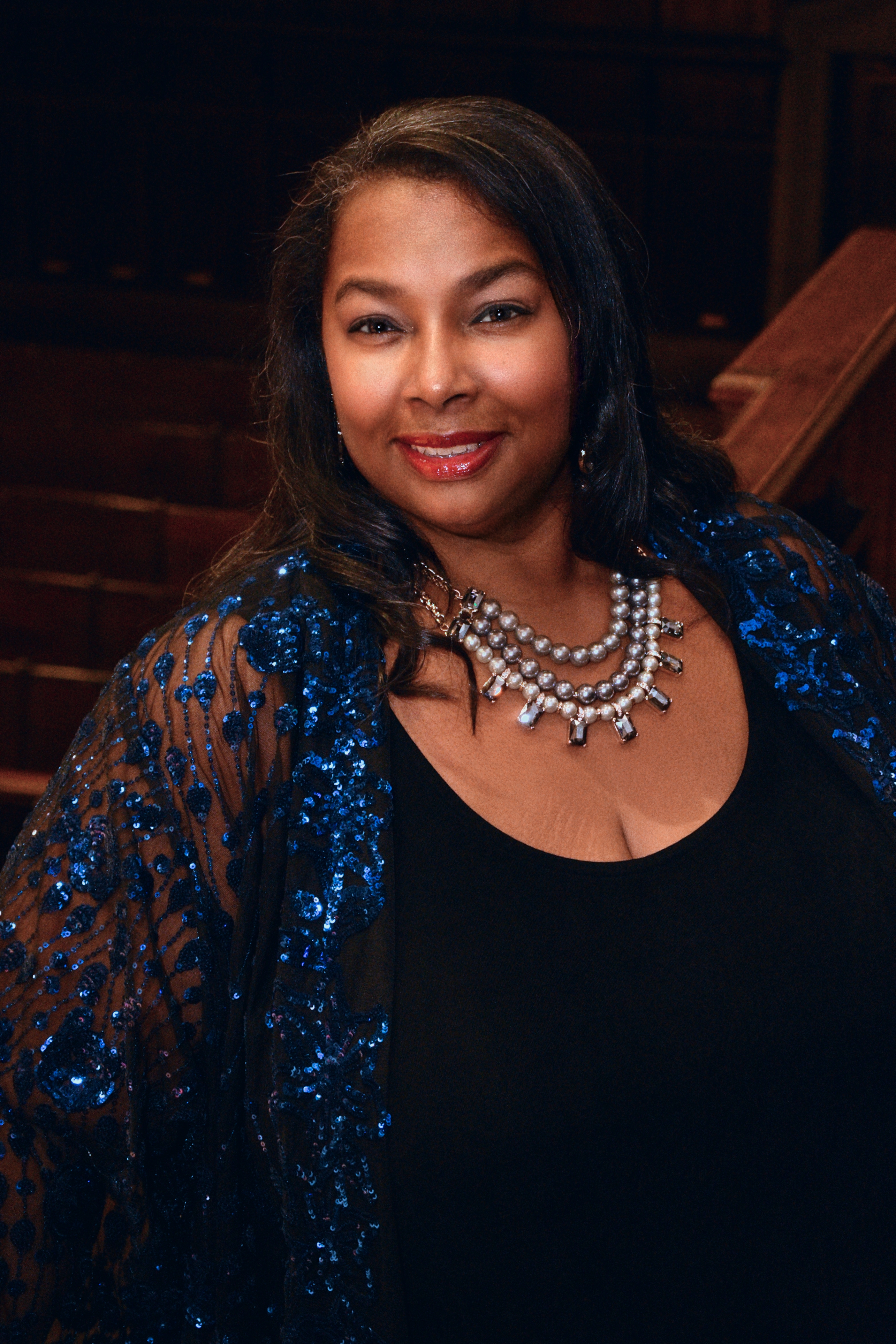 American soprano Melissa Givens moves and excites audiences and critics alike with a rich, powerful tone, crystalline clarity, and intelligent musical interpretations. Especially noted for her expressiveness and elegance on the stage, she’s been hailed as a singer whose music-making is “consistently rewarding” and “a pleasure to hear.” Givens is also an extremely versatile artist, regularly performing repertoire from the Baroque era through music of the 21st century.

Recent performances include the solo recital Out of the Shadows: Art Songs by Black Composers, as well as Unity: Songs of Invitation with Conspirare, the premiere of Dear Lieder, by frequent collaborator Tom Flaherty (with Pomona College faculty and guest artists), and the premiere of Eric Banks’s To Be a Stranger with Ensemble Diaspora. Upcoming events include the chamber music recital Love’s Joys, Life’s Shadows: Songs Among Friends, a duet recital with baritone Timothy Jones, and the release of her second solo recording, The Artist at Fifty, a recital of art songs from the composers’ fiftieth year.

A champion of collaborative musical endeavors, Givens performs with various chamber music groups, including Conspirare, the 2015 Grammy© winner for Best Choral Performance. Her solo appearances on their major label releases have received enthusiastic reviews. She can also be heard on her debut solo album, Let the rain kiss you. 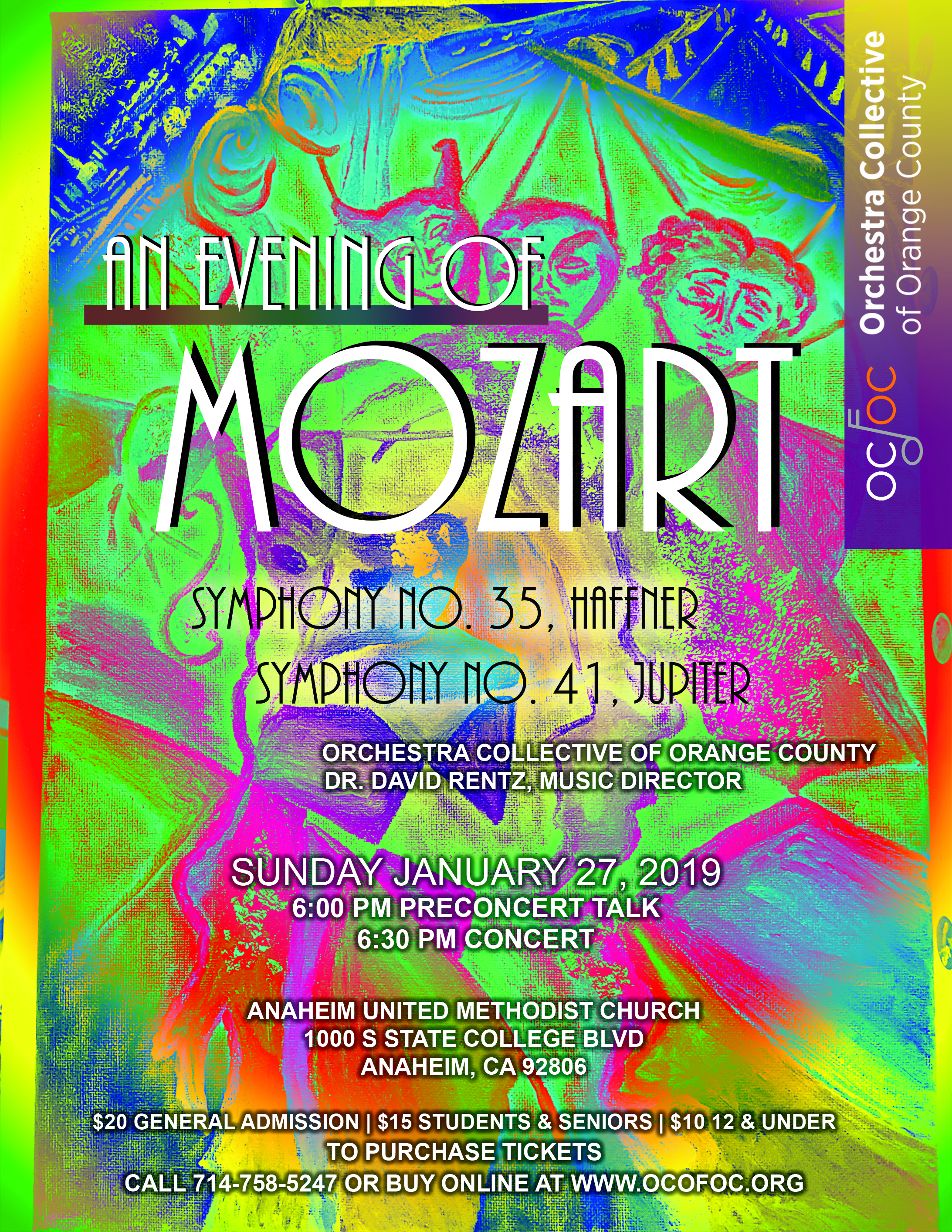 An Evening with Mozart 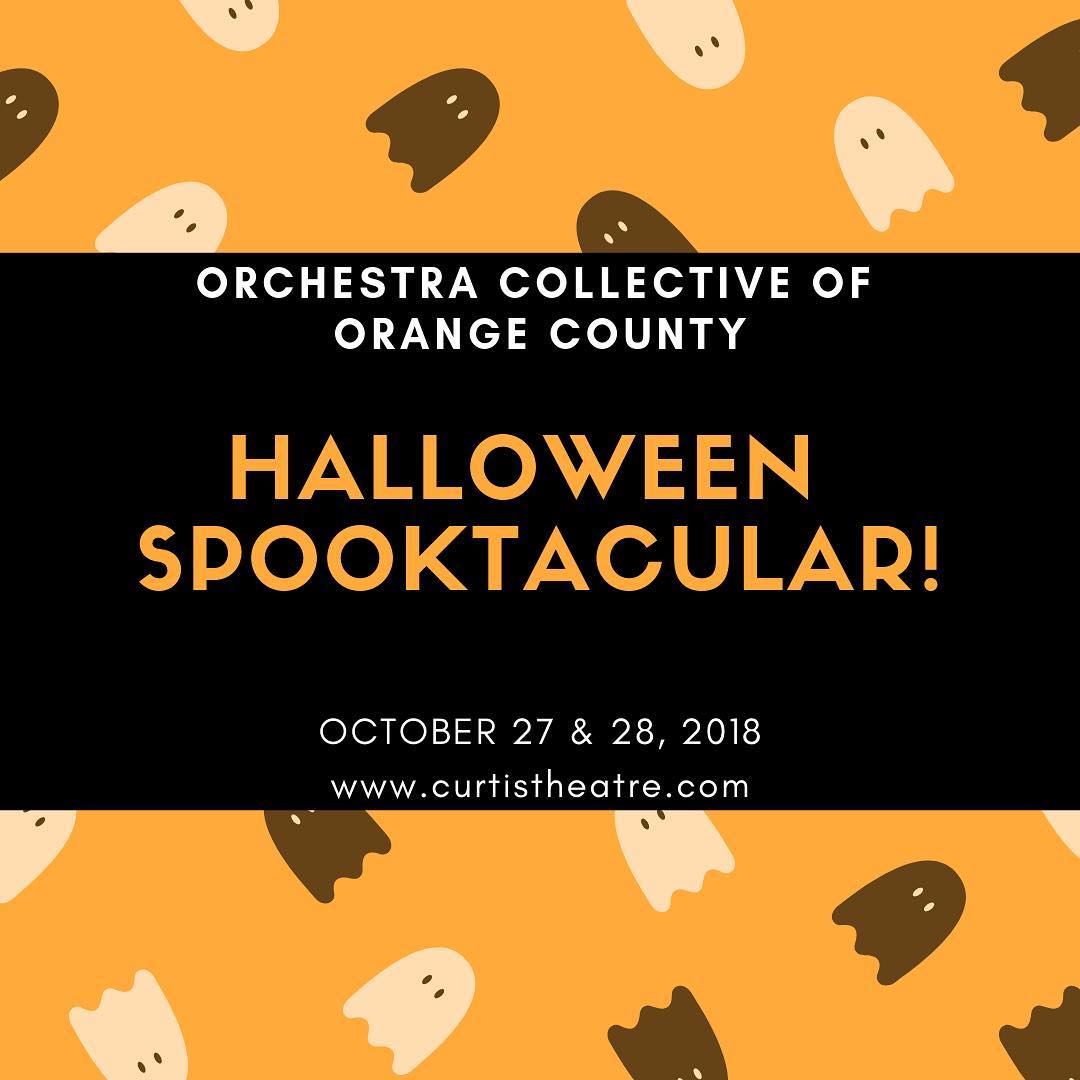 Funeral March of a Marionette 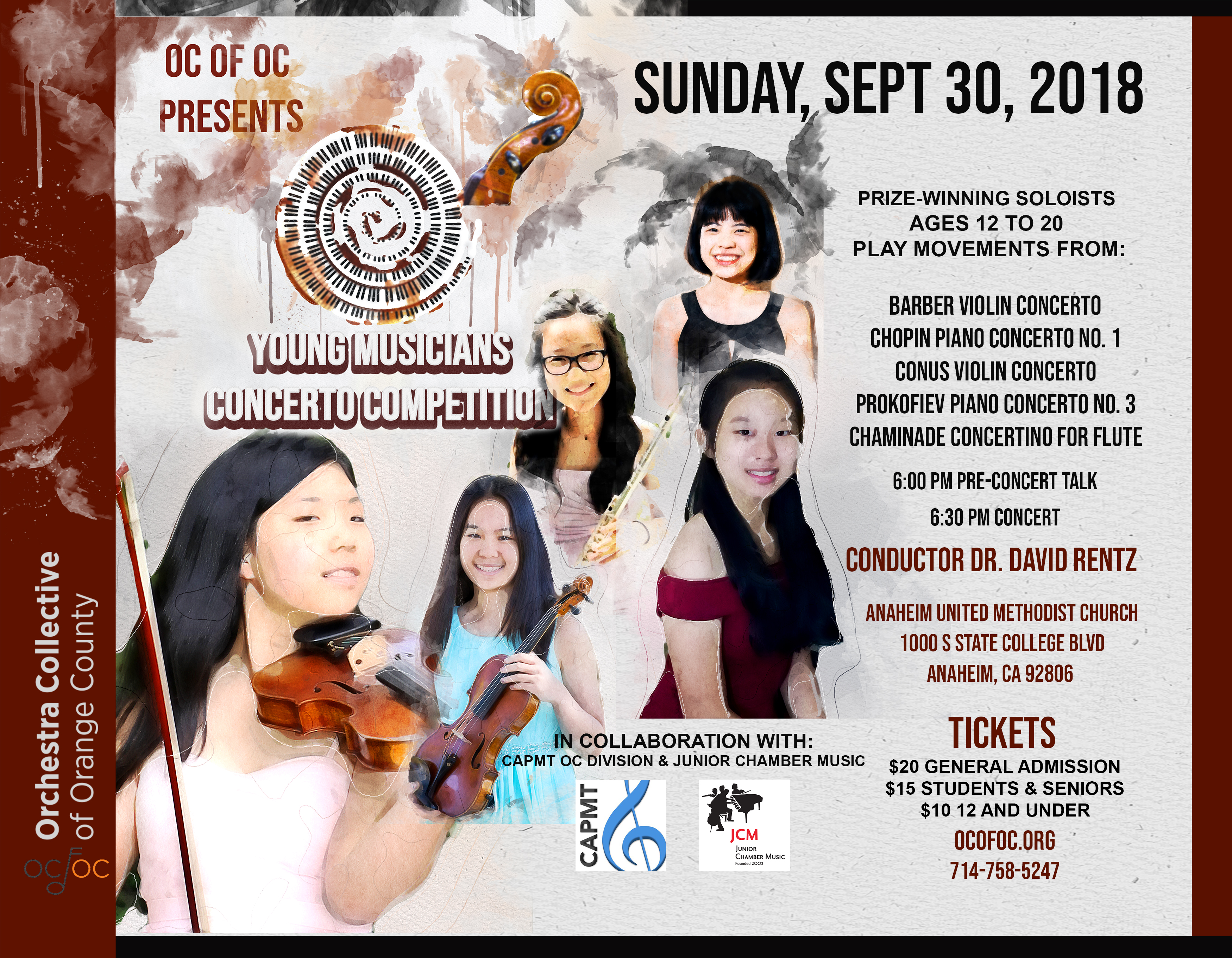 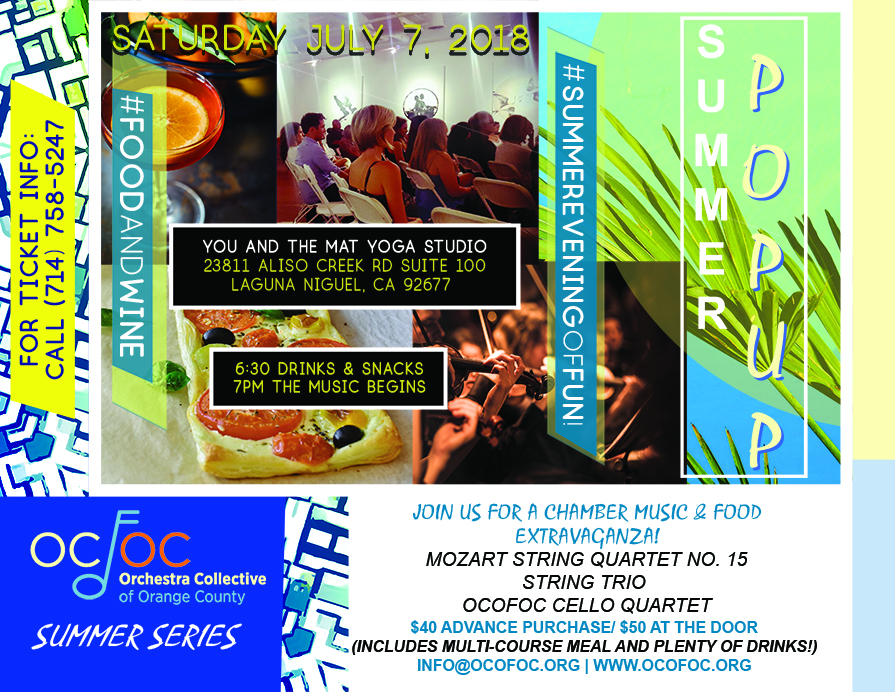 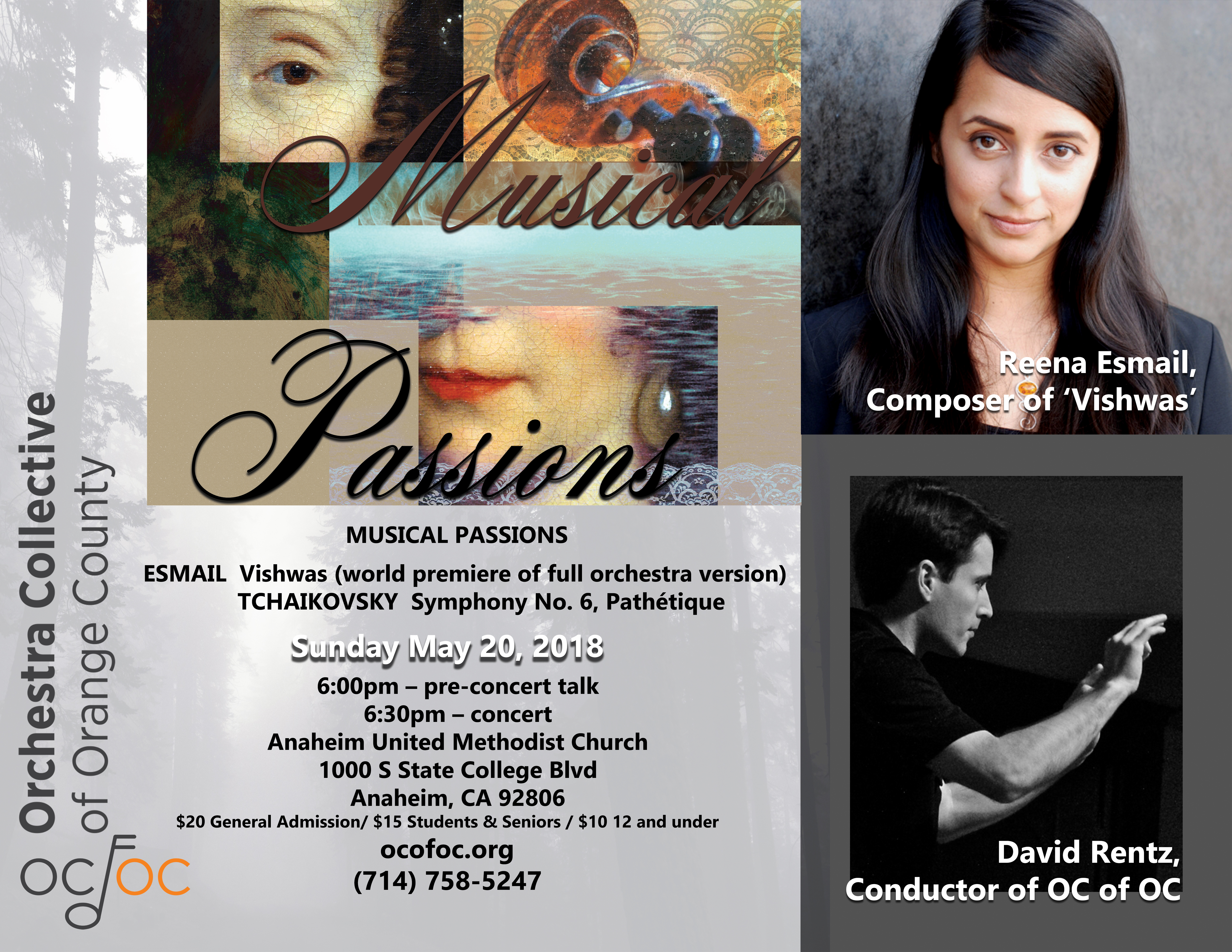 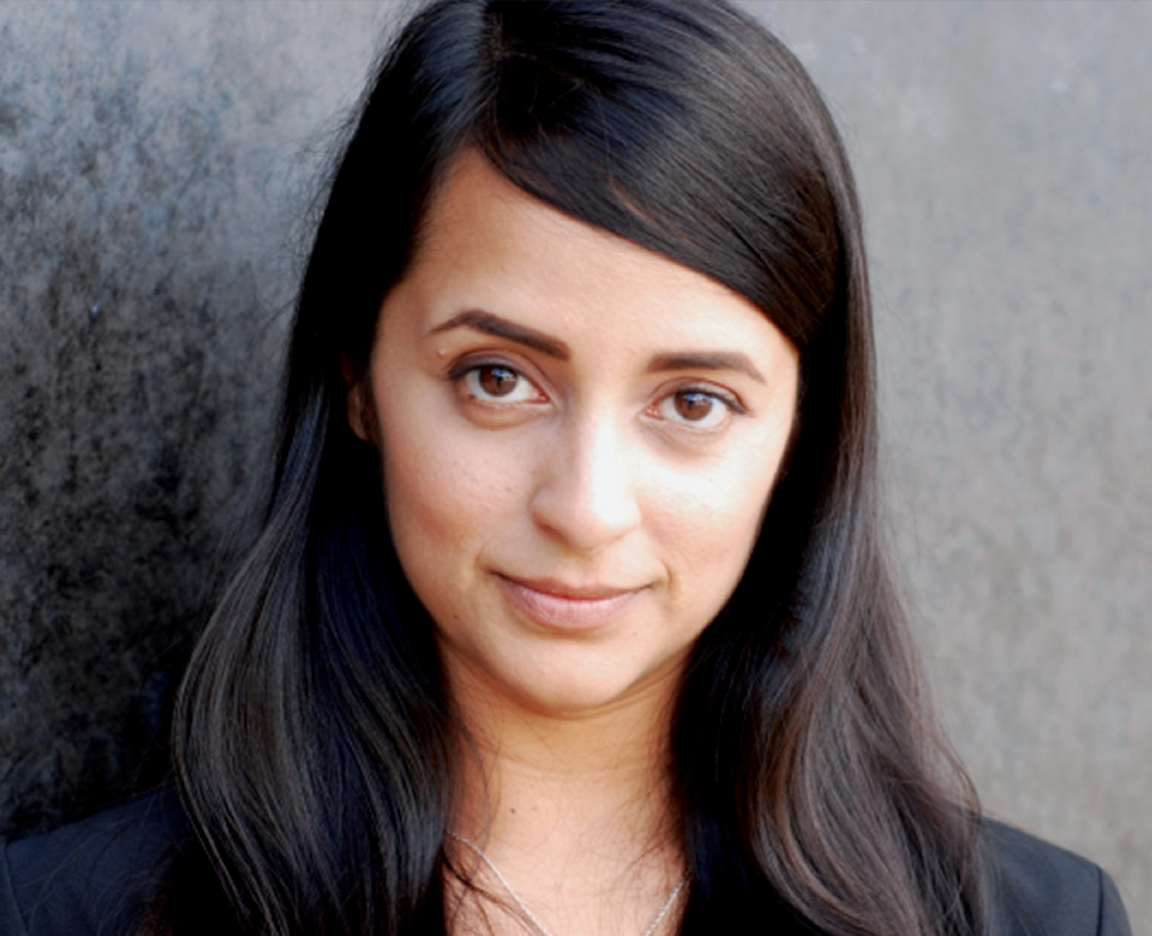 Indian-American composer Reena Esmail works between the worlds of Indian and Western classical music, and brings communities together through the creation of equitable musical spaces.

Esmail is the Los Angeles Master Chorale’s 2020-2023 Swan Family Artist in Residence, and Seattle Symphony’s 2020-21 Composer-in-Residence. Previously, she was named a 2019 United States Artist Fellow in Music, and the 2019 Grand Prize Winner of the S & R Foundation’s Washington Award. Esmail was also a 2017-18 Kennedy Center Citizen Artist Fellow. She was the 2012 Walter Hinrichsen Award from the American Academy of Arts and Letters (and subsequent publication of a work by C.F. Peters)

Esmail holds degrees in composition from The Juilliard School (BM’05) and the Yale School of Music (MM’11, MMA’14, DMA’18). Her primary teachers have included Susan Botti, Aaron Jay Kernis, Christopher Theofanidis and Martin Bresnick, Christopher Rouse and Samuel Adler. She received a Fulbright-Nehru grant to study Hindustani music in India. Her Hindustani music teachers include Srimati Lakshmi Shankar and Gaurav Mazundar, and she currently studies and collaborates with Saili Oak. Her doctoral thesis, entitled Finding Common Ground: Uniting Practices in Hindustani and Western Art Musicians explores the methods and challenges of the collaborative process between Hindustani musicians and Western composers.

Esmail was Composer-in-Residence for Street Symphony (2016-18) and is currently an Artistic Director of Shastra, a non-profit organization that promotes cross-cultural music connecting music traditions of India and the West. 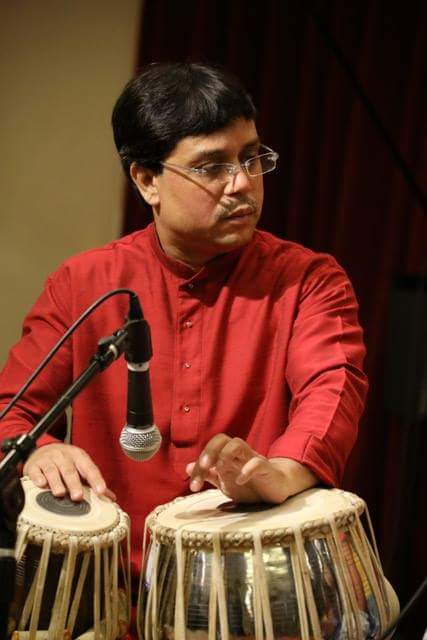 Jyoti Prakas resides in the entertainment capital of the world, Los Angeles, and began his musical career at childhood from his father, Sri Nagendranath, and later with Pandit Brojen Biswas and Sri Sumantra Guha. As his passion and experience playing tabla progressed, he came under the tutelage of Pandit Abhijit Banerjee, one of the most renowned tabla players in India today.

He has participated in community programs organized by the San Diego Museum and delivered lecture demonstrations in La Jolla Elementary School, San Diego, Whittier College, Whittier, and Concordia University, Irvine. Jyoti Prakas has also performed at the Drum Festival at the University of Riverside, California.

Jyoti Prakas has worked as an Assistant Music Director for a telefilm on Child Psychology for Kolkata Television. He has performed in All India Radio and Television, conducted workshops in West Bengal, India, and also been on the panel of judges for various music competitions arranged by the University of Calcutta, India. He has taught for several years in various institutions in India and has been teaching since 2004 at the Southern California Chapter of the prestigious music school DHWANI ACADEMY OF PERCUSSION MUSIC, founded by Pandit Abhijit Banerjee. 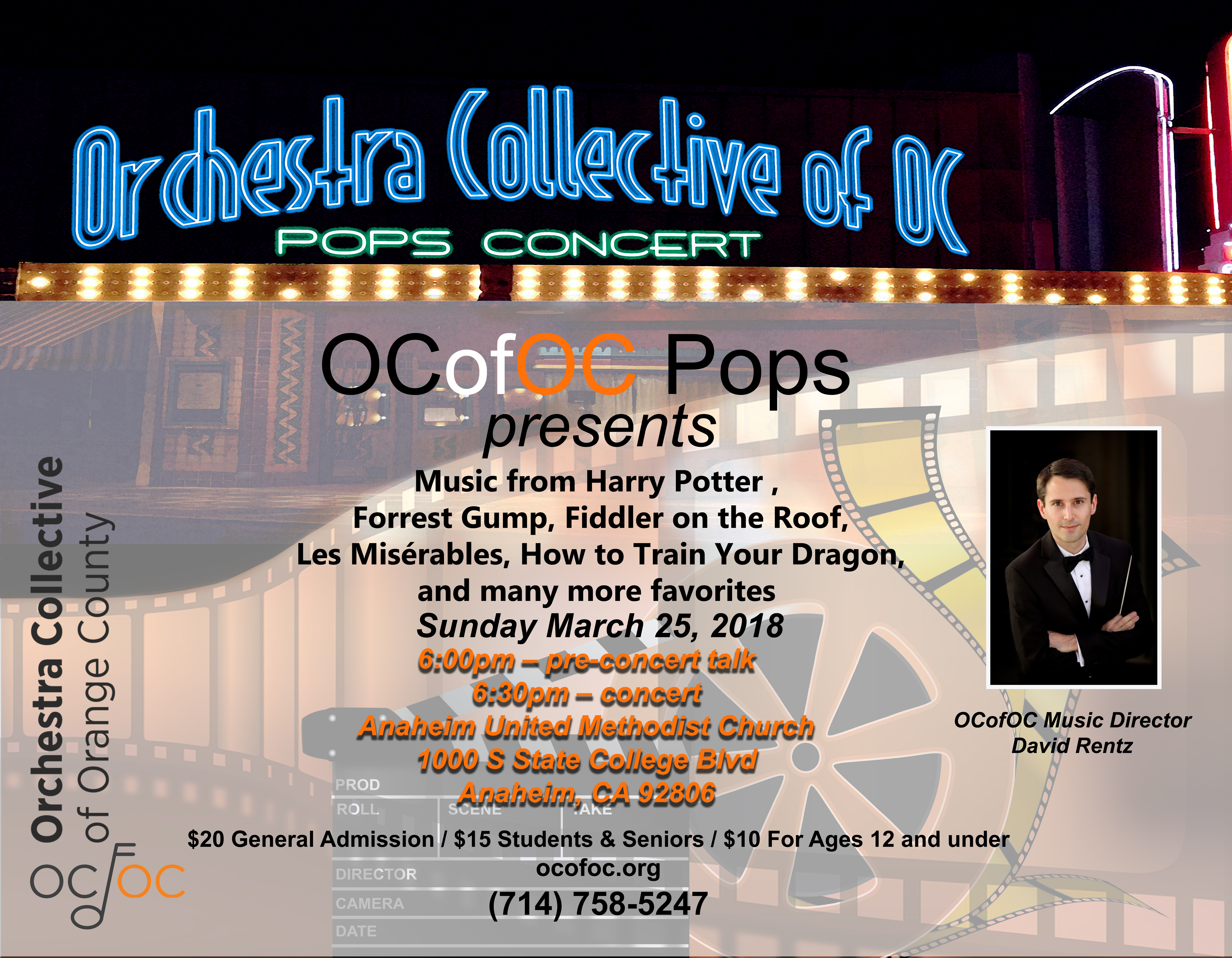 An Evening with Beethoven 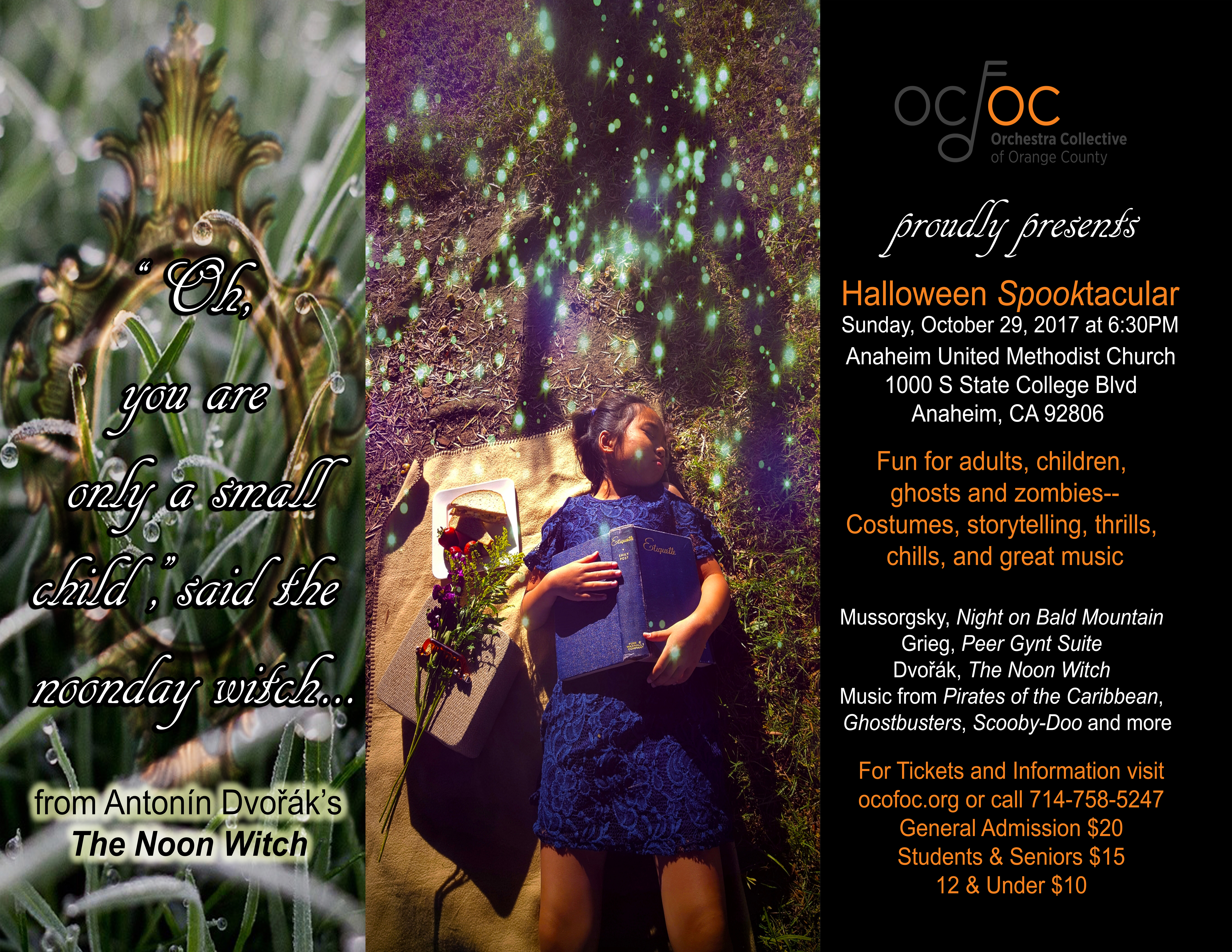 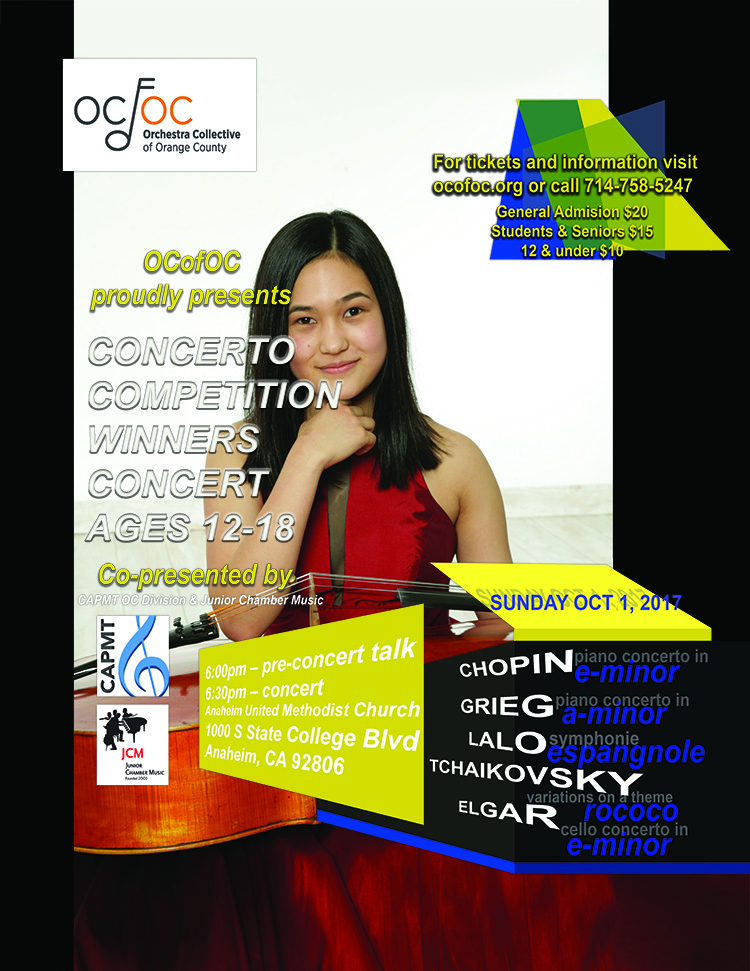 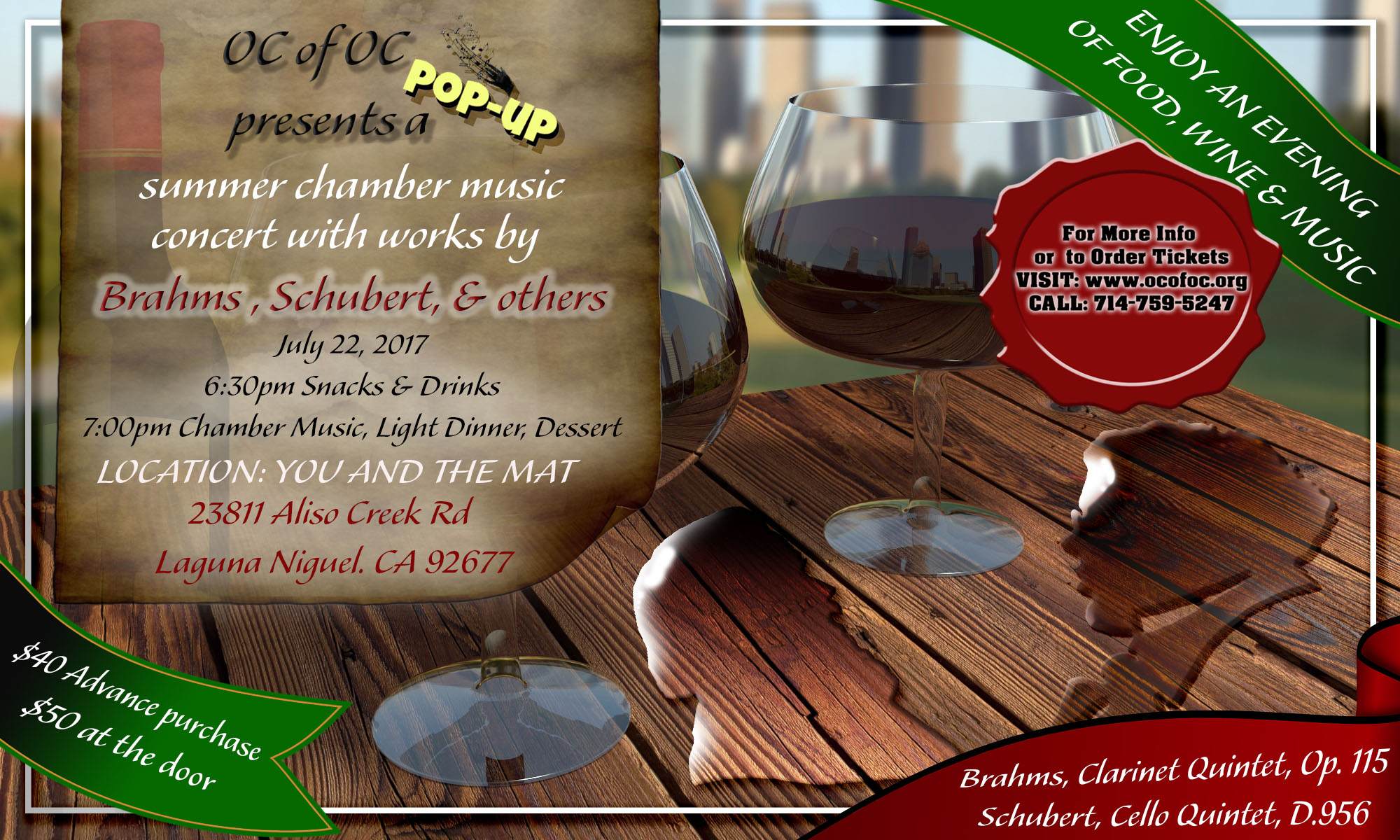 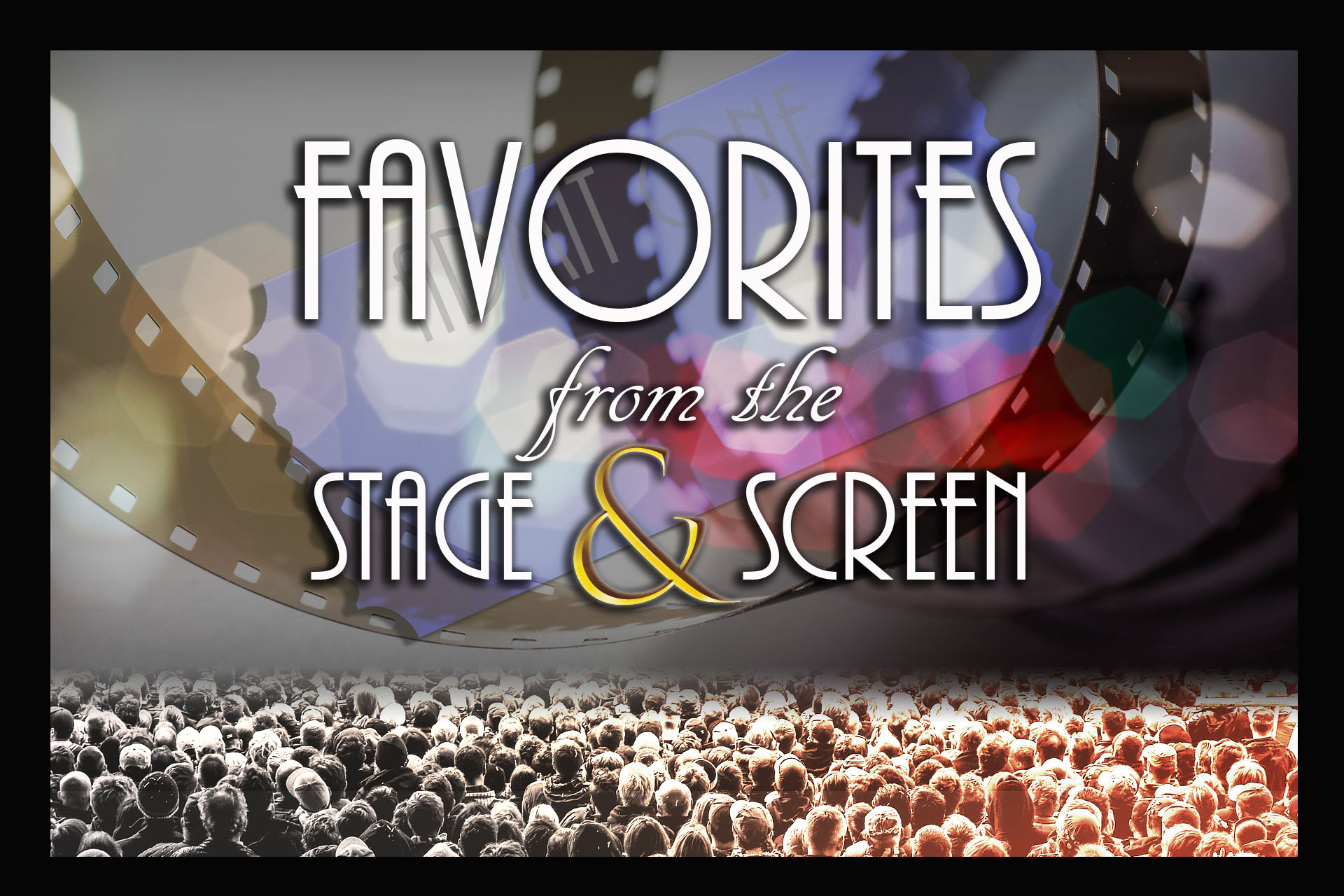 Favorites from the Stage & Screen 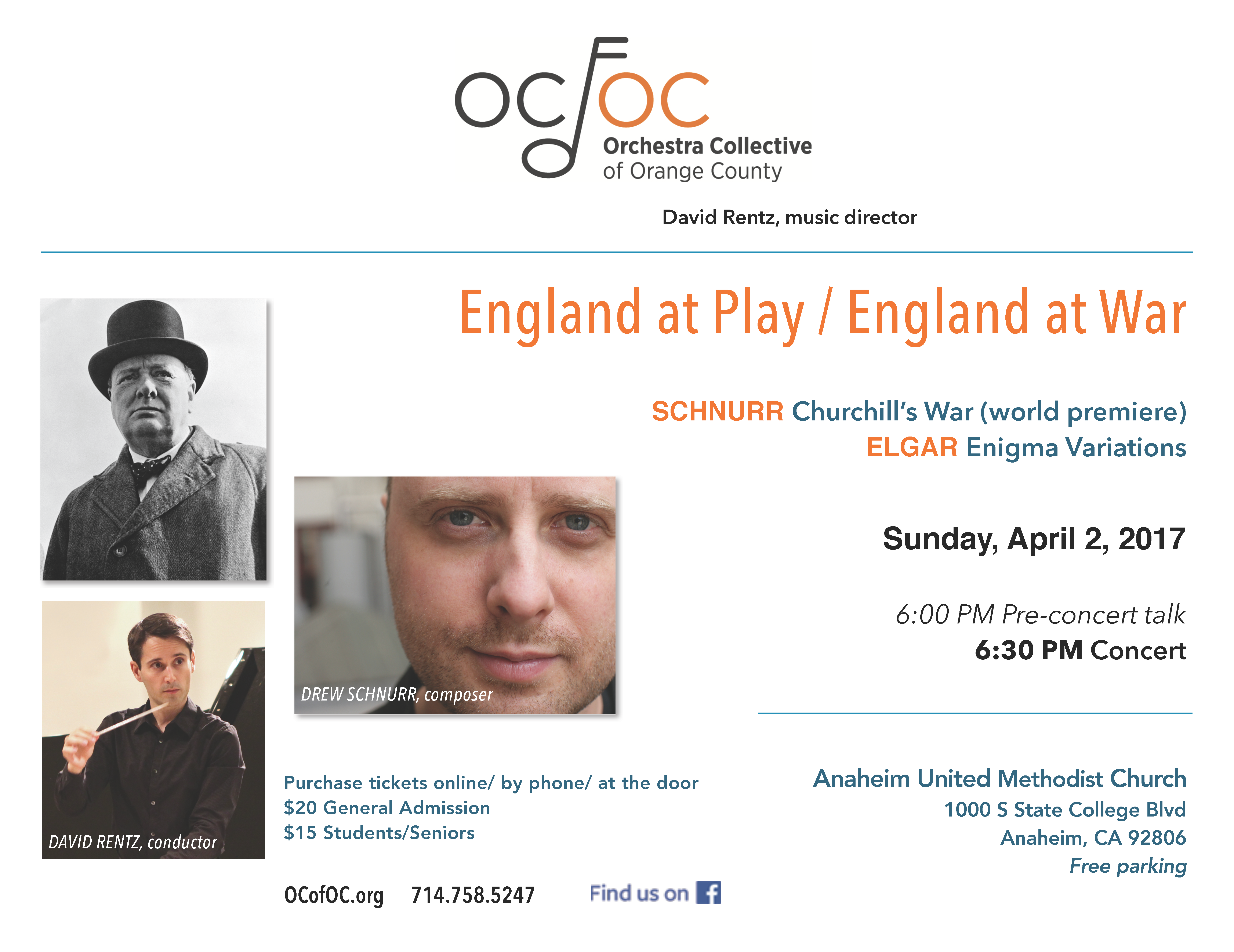 Variations on an Original Theme, Op. 36 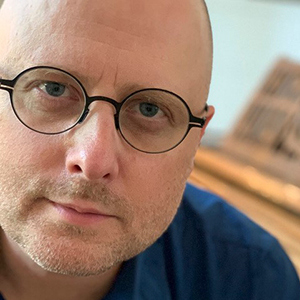 Drew Schnurr is a Los Angeles composer, sound artist, theorist, and performer blurring traditional lines in media and musical genre. Schnurr’s wide-ranging experience in classical music, electronic music, rock, jazz, Latin music and other international music forms combined with his expertise in modern sound design, music production and audio technology, informs his diverse approach. Over the past decade, his works have been performed nationally and internationally at various festivals and venues including the Ford Amphitheater, Harris Hall in Aspen, CO, the Forge, London, UK, and as a featured composer at the Chamber Music Festival of Lexington and the highSCORE Music Festival in Pavia, Italy, while his scoring and sound design work has been featured on various television networks, and internationally on film screens and in galleries. Schnurr is acclaimed as an innovative solo performer playing traditional stringed instruments mixed with electronic sounds in live improvisation. His current creative work engages multiple levels of visual, music, and social culture.

Schnurr was on faculty at the UCLA Department of Design Media Arts from 2005 to 2011 where he taught Sound and Sonic-Visual Aesthetics. In 2013, he completed his PhD in composition from UCLA. He has since returned to UCLA, serving on faculty at the Herb Alpert School of Music, teaching Electronic Music and Sonic Arts. He previously studied Bass performance and Jazz Studies at Western Michigan University and was recipient of a Masters in Double Bass Performance from the Thornton School of Music at the University of Southern California.

Drew Schnurr has commercial releases of both film and concert music with German record label Coviello Classics (Hamburg) with distribution through NAXOS, and with Ludwig Records on iTunes. Planning is underway with production to begin in 2018 on Schnurr’s next international release with Coviello. 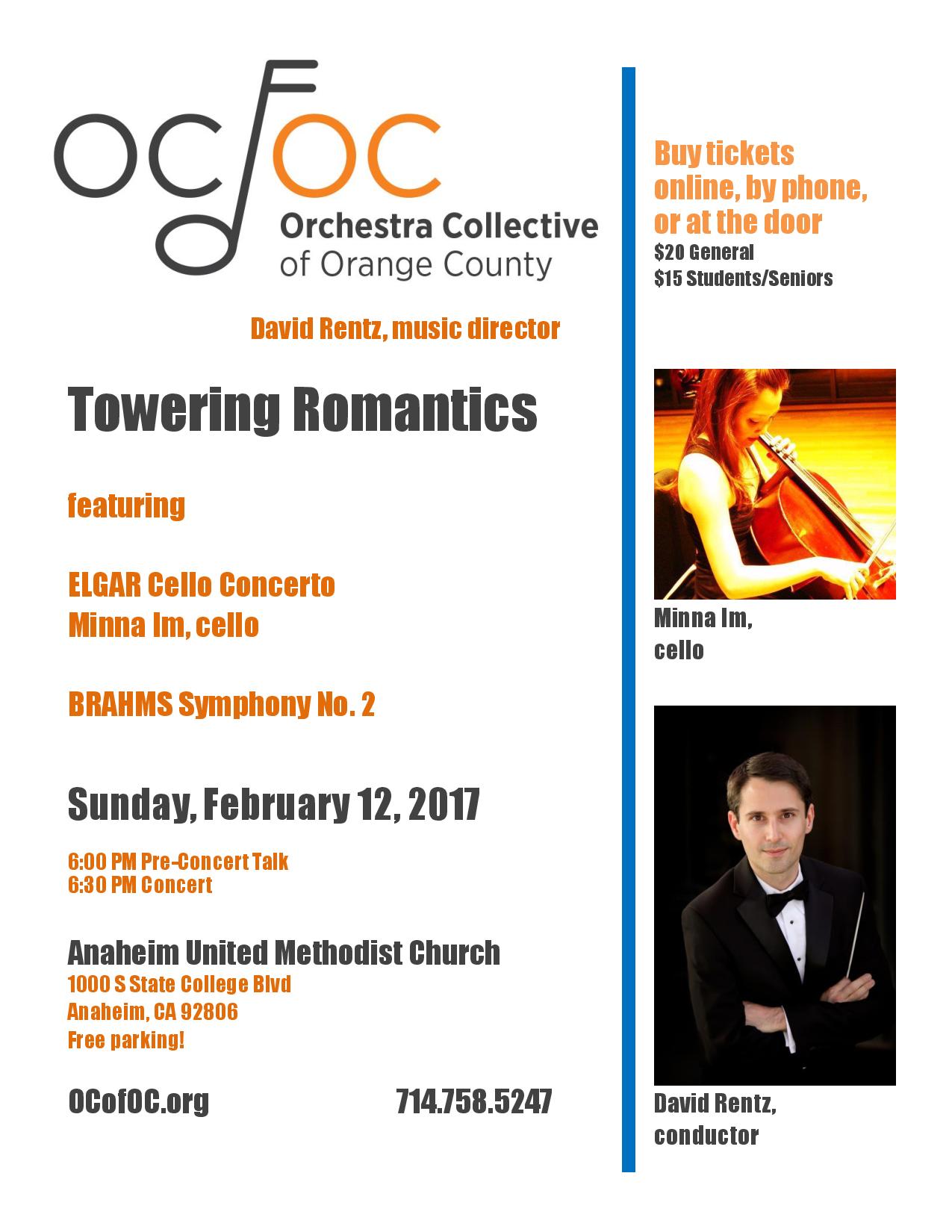 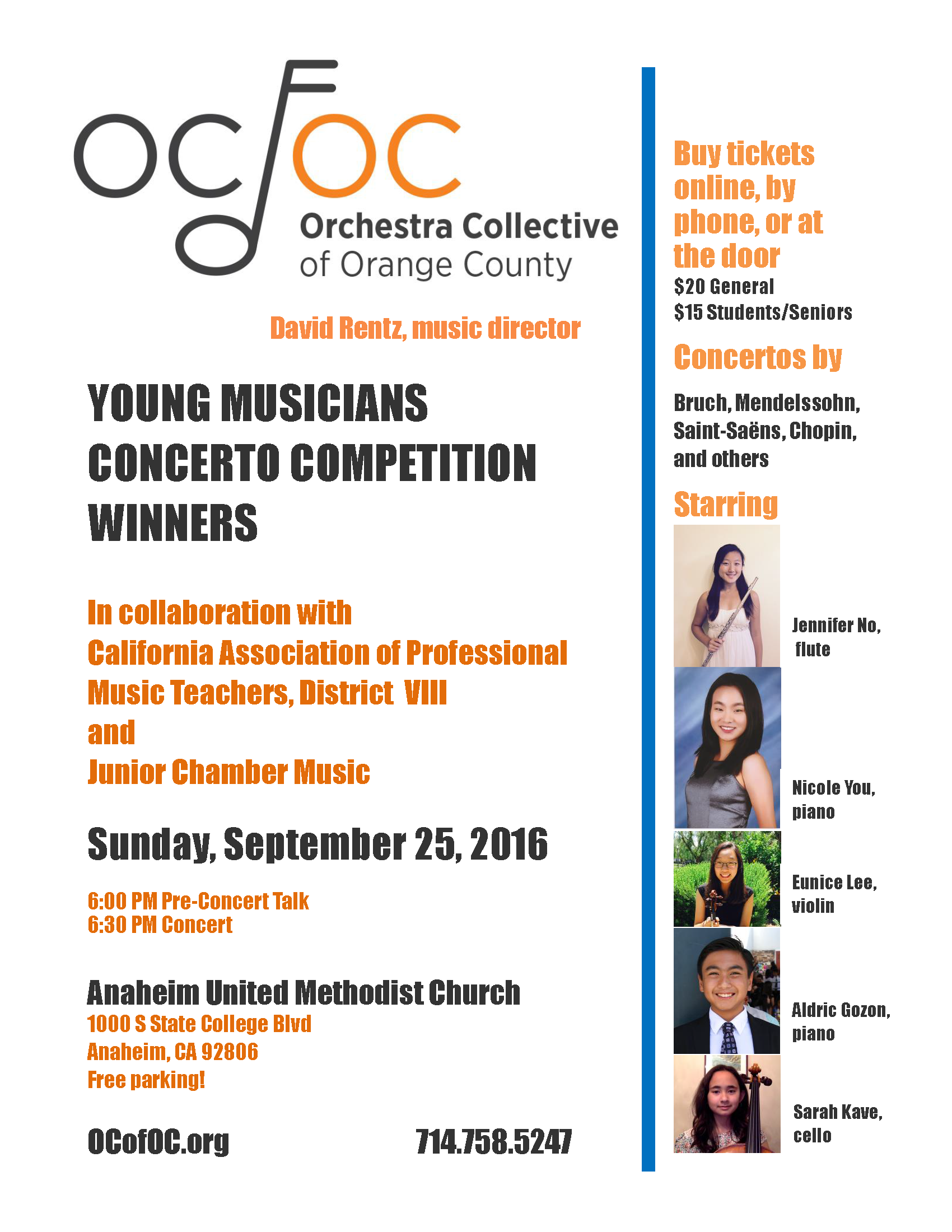