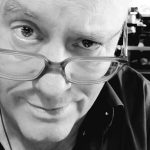 Christopher Marsh has been performing as a singer and actor in Southern California for over thirty years. Lead rolls include Jesus in Godspell, Conrad Birdie in Bye Bye Birdie, the Baker in Into the Woods, and many others. His work has turned lately to producing and directing; he has directed productions of The Sound of Music, Annie Get Your Gun, and The Music Man. Christopher has also written and performed his own one-man show, Commedia Romantica, as well as musical melodramas and children’s theatricals. A resident of Riverside, he writes, produces, performs, and directs the First Congregational Church of Riverside’s acclaimed annual musical revue, “A Dickens of a Time“, a mainstay of Riverside’s annual Dickens Festival. When offstage, Christopher serves the Inland Empire as a marriage and family therapist.