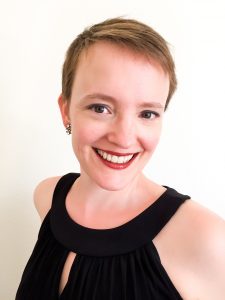 Ellen K. Rentz grew up in Pelham, NY and began singing and acting at an early age. A versatile performer, she has played Lady Macbeth, Eva Peron (Evita), and a tap-dancing Reno Sweeney in Anything Goes. She has a BA in drama from Washington University in St. Louis, where she also co-founded an early music ensemble. As the lead singer with the NYC-based Philip James Jazz Ensemble, Ellen spent 10 years mastering the American songbook and learning how to improvise. She earned an MA in medieval studies at the University of York, England, and a PhD in English and Comparative Literature at Columbia. Ellen moved to southern California in 2009 and is now an English professor at Claremont McKenna College, where she teaches medieval literature.