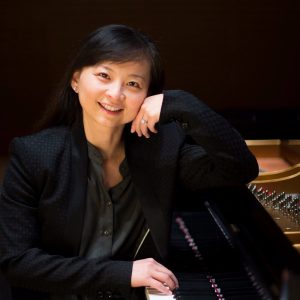 Dr. Chang attended the University of Southern California and Aspen Music Festival with full scholarships, and she was the winner of the Leni Fe Foundation Scholarship, Pi Kappa Lambda Award, Chamber Music Award, and Outstanding Graduate Award. She also served as an assistant lecturer while completing her DMA in piano performance with a minor in violin performance from USC under the guidance of Antoinette Perry on the piano and Eudice Shapiro on the violin. She is currently the assistant concertmaster of Dana Point Symphony and the principal second violin at Orchestra Collective of Orange County.
As an educator, Dr. Chang has been the adjudicator for MTNA and MTAC student evaluations and competitions. She has also been the appointed accompanist for several competitions and festivals such as the Stars of Tomorrow, Opera Night at South Orange County School for the Arts, and Santa Monica Concerto Competition. She is currently on faculty at MiraCosta College in Oceanside and Soka University of America in Aliso Viejo. During the summer, she is the piano department chair at Blue Lake Fine Arts Camp in Michigan. 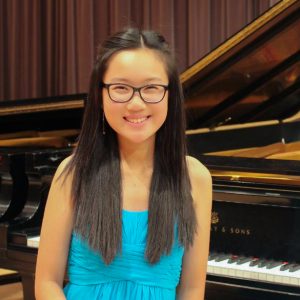 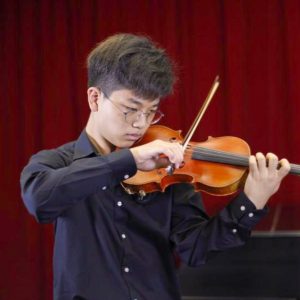 a fourteen-year-old violinist, is a ninth-grader at the Orange County School of the Arts. He has won solo first prize awards from VOCE, ASTA, the Satori Grand Final, and many others, including the International Cecilia Music Competition in Japan. He also performed in Carnegie Hall at the age of 10, was selected as one of the finalists from NPR’s From the Top radio program, and has played in the National Youth Orchestra in New York City. He is currently studying with Yuki Mori and Min Jung Park. 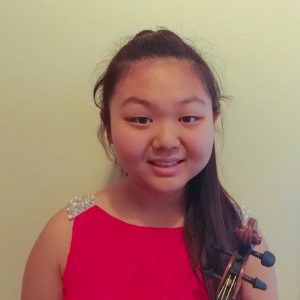 is in the tenth grade at Beckman High School. Some of her achievements include having the honor of playing as a soloist with the Bellflower Orchestra in 2019 and the Southern California Philharmonic in 2020. Kailey was also a state finalist for the American String Teachers Association competition as well as a grand prize winner in the Satori International Summer Music Festival and the Los Angeles International Music competition. She has placed first in multiple Musical Arts Competitions of Orange County and Southwestern Youth Music Festival competitions, as well as the Great Composers Competition in the United Kingdom and the Bach Festival. Kailey was recently named a finalist of the NPR’s From the Top radio program and will be performing on the program soon. 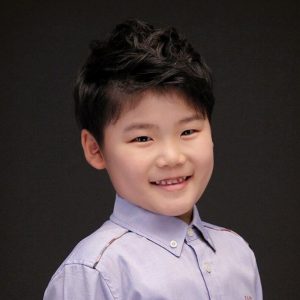 studies with Dr. Myong-joo Lee. Under her tutelage, Juhyeok made his major concert debut (2018) with L’Orchestra Sinfonica del Conservatorio “Luigi Cherubini” di Firenze at the San Pietro Cathedral in Perugia, Italy at the age of nine. Juhyeok’s competition successes include 2nd prize at the 2018 Los Angeles International Liszt Piano Competition, 2nd prize at the CAPMT State Finals, and honorable mention at 2020 Kathryn Gawartin Chopin Competition.  Having studied piano from the age of seven, he has won several competitions in Korea and performed several solo concerts. Juhyeok also enjoys drawing and has won awards in various art contests.